Forging a Band of Brothers 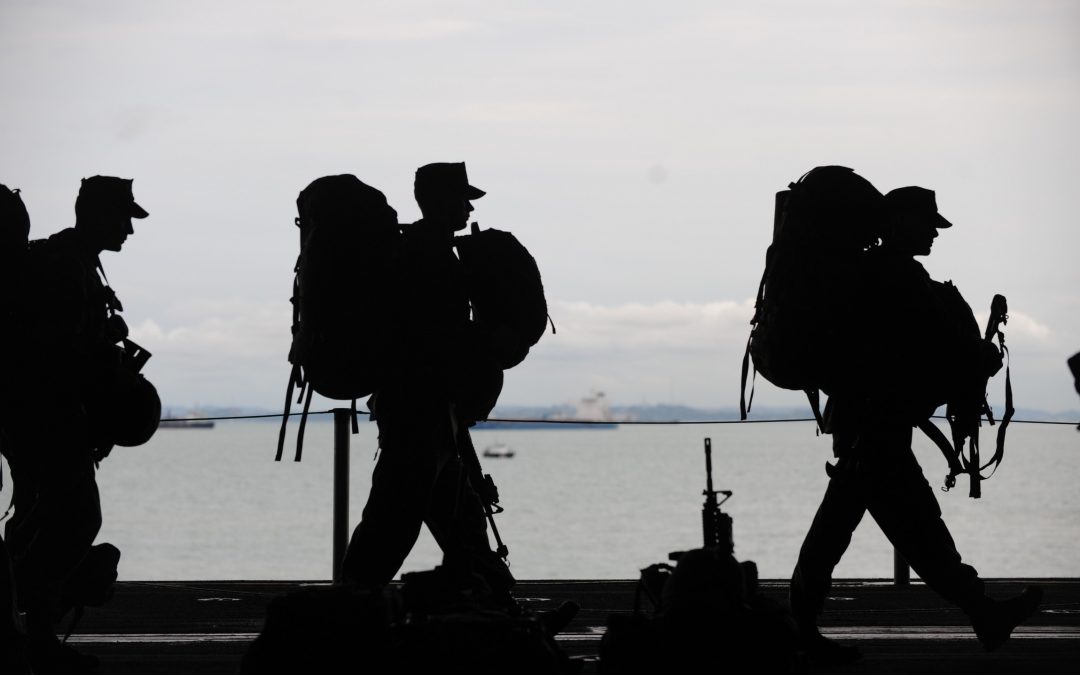 By Jim Blair, Journey Board Member

Brent, a United States jet fighter pilot, streaked toward his target in Baghdad.  His wing man was at his side and above.  Then the SAM missiles began exploding everywhere and one hit below his wingman’s plane blowing off his fuel tanks.  Brent came to his aid immediately and assessed the damage.  Then for the next two hours Brent began to defend and guide his friend’s plane to a suitable place to land.  Brent saved his wingman’s life.

Jet fighter pilots and guys in church are fighting very real battles.  The stakes are enormous for both and it takes training and commitment to come out alive.

In a different battle for the hearts of Christian men, men have choices to make at home.  The battle rages over lust that is found in the office.  John and his wife had let the fires in their marriage go out years ago.  John and his secretary found each other, had an affair, and his wife found out about it.  She gave him a choice between stopping the affair or losing her and the children.  John chose the affair.

John’s wife suffered emotionally, physically and spiritually for the rest of her life.  His children gave up on him.  John was racked with shame continuously.  He never shared his thoughts about the affair with any men.  He was flying solo in the midst of bombs and he didn’t make it.  And so it is with most Christian guys, they are not telling their buddy about their life nor asking to be held accountable.  In fact most Christian guys don’t even have a best friend to watch their back.

There was a survey of 120,000 Christian men and they were asked if they had a best friend, one that knew about their life and were allowed to enter into it.  Astonishingly, 95% said no.  Most guys have lots of friends but not the kind that are protecting their back.

“For we do not wrestle against flesh and blood, but against the rulers, against the authorities, against the cosmic powers over this present darkness, against the spiritual forces in the heavenly places.  Therefore take up the whole armor of God that you may be able to withstand in the evil day, and having done everything to stand firm.” Eph. 6:12-13   (ESV)

“How can a man learn to be a man, a husband, a father, a provider and protector, warrior, mentor and friend?   By walking with other men who have committed to enter the battle.  This brother is gracious and kind but not compromising regarding God’s Word.  All Christian men need another man who is praying for and encouraging him to win the battle.” Yagel, Gary. Got Your Back.  Pg.12

When Saul told Jonathan of his intent to kill David, Jonathan went to David and warned him.  “You will be king over Israel and I will be next to you.”  1 Sam. 23:17 (ESV)  A brother who watches your back also loves you.  David and Jonathan had that kind of love.  Jonathan risked his life for his close friend.

Jesus’ Teaching and His Example

Scripture tells of Jesus choosing his three closest friends to be closest to him in ministry.  Although He had 12 disciples, three were chosen to see the intimate inner workings of our Savior, Jesus Christ.  The Lord forged a bond of brotherhood with Peter, James and John.  Jesus showed that working with a small of group of men is most effective in ministry and life.

The Biblical Case against Isolation

“And let us consider how to stir up one another to love and good works not neglecting to meet together, as the habit of some, but encouraging one another, and all the more as you see the Day drawing near.” Heb. 10:24-26a (ESV)

“If we decide to go it alone we pay a high price for that isolation.  Here are the consequences: we become undisciplined, tired, develop blind spots that cause us damage. We lose sight of our priorities, we become more susceptible to secret sins, we become comfortable with mediocrity, with a big cost to the ones we love.

A large percentage of Christian men fall into the clutches of pornography and adultery. If you have a history of sexual sin, you are not aware of the depth of the carnage raging in your life. Letting your brothers into your life reduces the likelihood of that happening or relapsing. You can’t grow in the Christian life without a close brother.

Going it alone, as most Christian men are doing, is a daily denial of our very identity as followers of Christ. We should be daily redeemed out of our sinful autonomy, proud independence and consequent isolation, and into the community of the redeemed – a family on which we are connected as members of one another. Connection to other believers is part of the definition of being a Christian. In fact, Jesus said it is this very connection that identifies us in the world.

‘By this all people will know that you are my disciples, if you have love for one another.’ John 13:35 (ESV).

It is overwhelmingly clear from the New Testament ‘one another’ commands that going it alone is inconsistent with our identity in Christ.” Yagel, Gary. Got Your Back. Pg. 46.

Rediscovering How Disciples are Made

“The reason men get into trouble is not that they don’t know what to do but they have no structure to help give them the discipline to implement their new accountability.” Yagel, Gary. Got Your Back pg. 58

The structure of starting bonds of brotherhood is shown in the following verse.  A disciple is made in the context of the whole church as it grows when each believer uses his/her gifts.

“Rather, speaking the truth in love, we are to grow up into him who is the head, into Christ from whom the whole body, joined and held together by every joint supplies, according to the proper working of each individual part, causes the growth of the body for the building up in love.” Eph. 4:15-16 (ESV)

Got your Back Meeting with Brothers

“We need men to whom we can bare our souls.  The question is how do we go from not having such close brothers to having them?  Over the past decade, here is what has worked to help men forge a band of brothers.

It requires intentionality, time and determination to build trust, balancing the spiritual and organic  dimensions of the relationships.”  Yagel, Gary. Got Your Back pg. 92

Becoming a Band of Brothers

“How can church leaders help their men become a true band of brothers?  As leaders, model a commitment to having a Check 6 kind of connection, recognize that you can’t program relationships but you can help them to develop. Be sure your men’s ministry is built on the foundation of grace, and continually cast a vision of brothers being connected.

What do we do in the Check 6 meetings? Here are suggested questions for meetings:

How has your week gone?
What was encouraging?
What was frustrating?
Have you been able to spend some quality time with God and His Word?  If so, what did you learn?
What do you think is the most important thing you should work on with your family?
What spiritual battles that you fight could I be praying for you right now?” Yagel, Gary. Got Your Back pg. 105

Brothers share their heart.  Never criticize or preach.  Be a good listener.  Pray for each other.  Allow each group member a chance to talk. This Check 6 group works best with no more than four members.

I can testify to the life changing effects of bonding with close brothers. Over 13 years, it has changed my life.

To see read more on forging bands of brothers, see Dr. Gary Yagel’s book, Got Your Back. Maitland,FL: Xulon Press, 2015