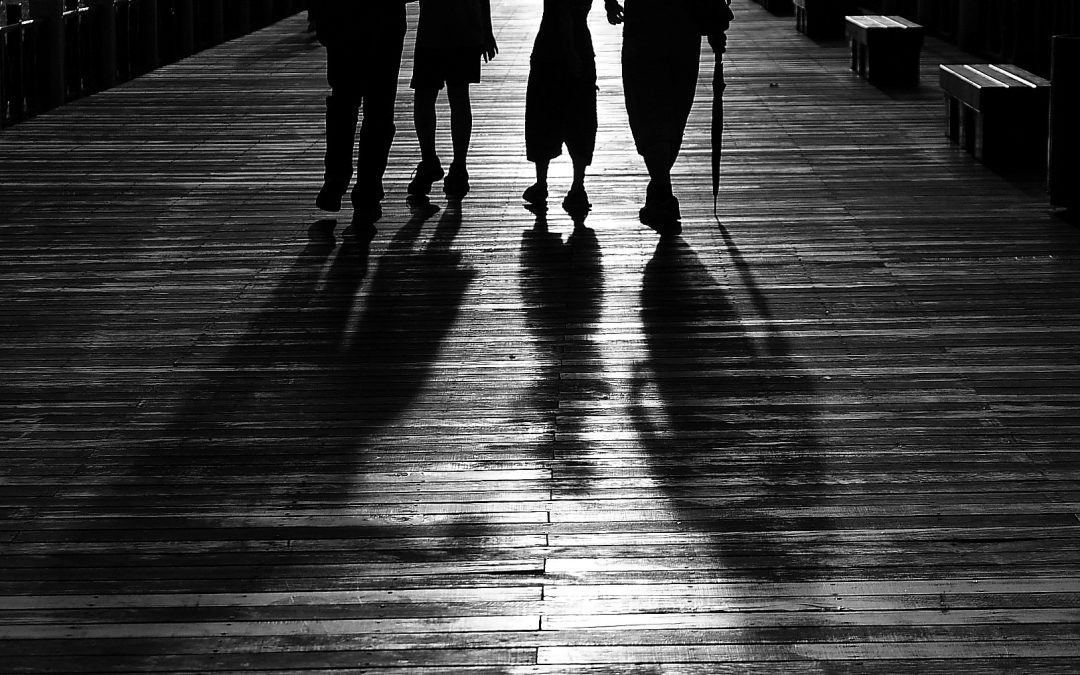 By Mike Mallory, Journey Board Member

I’ve never had a profound sense of ‘lostness’.  Unless you count the numerous trips to Washington DC where I inevitably always lose my way even with Google by my side.  Even then, I know it’s only temporary and I know eventually I’ll find my exit after a few loops around the beltway. On the other hand, I have plenty of  experiences of finding something that was once lost. You might say I’m a habitual ‘loser’. “Honey, have you seen my keys?” or “Hey, anybody seen my wallet?” or the worse “Who took the remote?”  These are all common phrases around our house and normally, with a little cushion rearranging or a couple of trips to the car to rummage through all the seats, results in a joyful re-union to its owner.   Even before my relationship with the Lord, I really didn’t have a sense of how lost and broken I was. I especially didn’t appreciate the incredible experience of being found. Just recently, the Lord gave me a sense of awe and wonder around my ‘lostness’ and the true joy of being found.

My wife, Rebecca, knew for the last 10 years that she had a half brother – somewhere.  Before she passed, Rebecca’s mother confided to her and her sister that she gave birth to a baby boy out of wedlock prior to marrying their father.  Because of the shame that this would bring on her family, she was faced with the choice of either having an illegal abortion (prior to 1973) or placing the newborn son up for adoption.  Thankfully, she chose adoption and placed baby ‘James’ in the care of a loving family and never saw him again. James was never spoke of again until the weeks leading up to her passing.

For over 50 years, James remained separated from any of his biological family.  Matter of fact, he didn’t know if he had siblings or if his biological parents were still alive.  Fast forward to this March. Thru the wonders of 23andMe, James made a connection with one of Rebecca’s 3rd cousins.  With a flurry of emails, texts and a couple of phone calls, Rebecca was finally able to hear the voice of her newly found brother.  Just a few weeks later, an incredible reunion occured over Easter as James, Rebecca and her sister met for the very first time. Many tears of joy were shed.  The sisters were able to share many stories with James as he tried to process 50 years of life into one short encounter. Most importantly, he came to know that Rebecca’s mother had actively pursued finding him and wanted him to find her whenever he was ready.  I was honored to be a part of such a touching moment in James’ and Rebecca’s lives.

The following Sunday morning in church, I began to process everything that had happened around this incredible reunion with James and the family.  I began to think of what James had to emotionally process his entire life in regards to his birth mother. “Did she love me?” “Was I not worth keeping?” “Why did she abandon me?”  “Did she ever want to know me?” Those are just a few of the questions I’m sure he wrestled with his entire life. Then I recalled the incredible joy that James expressed as he discovered his new family.  In that moment, God gave me a small glimpse of what it truly meant to be lost, forgotten, abandoned and then eventually to be totally found and accepted. For James, discovering the love and acceptance of a family he never knew has brought him much joy, love and excitement.  I pray the best for him as he continues to explore bridges to his past and connects with his newly found family. For me, I am grateful of the reminder that I am pursued by a loving Father and how great an expanse His love extended to rescue me from such a depth of my lostness and separation.   Welcome to the family James and thanks for giving me a beautiful picture of the joy of restoration, healing, and belonging.

By the way, have you seen my keys?