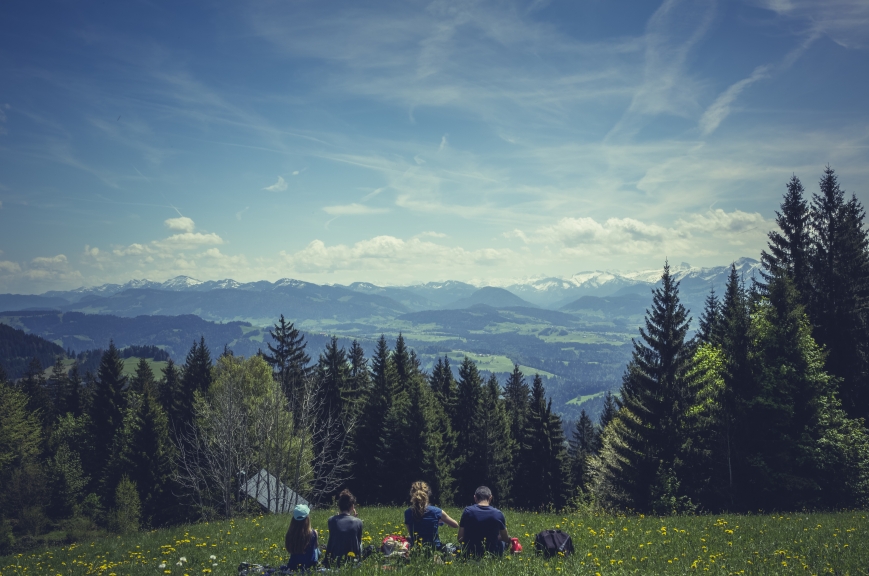 This entry is written by one of our board of directors, Mr. Frank Doherty.

Value is not found in the anxious pursuit of accomplishment and prestige. They are fleeting and never satisfy. When we understand that our value comes from God, we can begin to relax and seek to serve Him where He has put us. No person, job or situation is below us. We can become free to associate with people of various backgrounds, intelligence, work and race because all of us are equally valuable in His sight. There truly are no little people and no little places.

My son John told me about a friend in San Francisco whose father said that the only reason for living is to earn lots of money. It was crystal clear to the young man that his acceptance by his father was dependent upon building a company and making a lot of money. When the son built a company worth $25 million, his father’s response was, “Not enough.” Ouch!
The students I talk with at James Madison University are under tremendous pressure to succeed by getting a high-paying job in a field they may or may not like. Too often students are not allowed to follow their dreams and passions because the jobs they get in these fields, like education, do not pay enough and are not prestigious.
The competition to succeed never stops. People feel tremendous pressure to progress quickly in their careers. Life seems to them like a gigantic competition to beat the other person. They have to have the right job in the right company, live in the right neighborhood, belong to the right clubs, etc. Their children have to go to the “right” schools, the “right” colleges, get the “right” jobs, etc. People who are constantly seeking value through what they do often ignore their spouses and children because of the need to succeed. One of the Presidential candidates had no problems calling people “losers” if they were not successful in business or good looking. In his mind women are only valuable if they are young, thin and beautiful.
How do we escape the prestige trap? It’s not simple or easy. The solution often involves retraining our minds about our true value.
The late Christian theologian Dr. Francis Schaeffer wrote a wonderful sermon entitled, “No Little People, No Little Places” in which he argues that in God’s economy each person has inherent value. He told the story of God giving Moses the task of appearing before Pharaoh and telling him to let God’s people go. Moses was terrified and said in Exodus 4:1-5.
“Moses answered, “What if they do not believe me or listen to me and say, ‘The Lord did not appear to you’?”
Then the Lord said to him, “What is that in your hand?”
“A staff,” he replied.
The Lord said, “Throw it on the ground.”
Moses threw it on the ground and it became a snake, and he ran from it. Then the Lord said to him, “Reach out your hand and take it by the tail.” So Moses reached out and took hold of the snake and it turned back into a staff in his hand.“This,” said the Lord, “is so that they may believe that the Lord, the God of their fathers—the God of Abraham, the God of Isaac and the God of Jacob—has appeared to you.”
We need constantly to remind ourselves that God used a simple piece of wood to defeat Pharaoh and bring His people out of Egypt. If God can use a simple piece of wood, he can use anyone anywhere.

* Title is from a book by the late Dr. Francis Schaeffer.